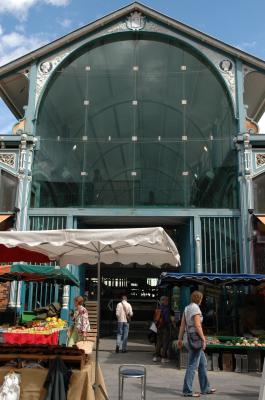 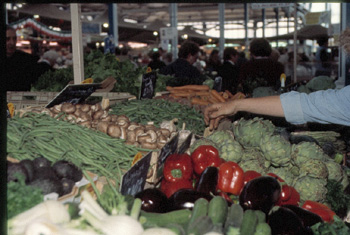 Inspired by plans proposed by the Eiffel company in 1868, the Dijon halls were built from 1873 to 1875 by the Foundries and Construction Workshops of Fourchambault (Nièvre), to the plans of the engineer Louis-Clément Weinberger. They are listed in the Inventory of Historical Monuments. The building has an exterior structure inspired by classical architecture with a succession of arcades and columns with fluted shafts and capitals decorated with vine shoots. It comprises four pavilions articulated around two cross-shaped streets. The spandrels of the large arches are decorated with animal motifs and symbolic themes relating to the market: heads of deer, mouflon, wild boar and ox, game and poultry, fish and eels, and medallions of Ceres, goddess of the harvest, and Hermes, god of trade and commerce. The roof is strongly inspired by the one of the central halls of Paris. 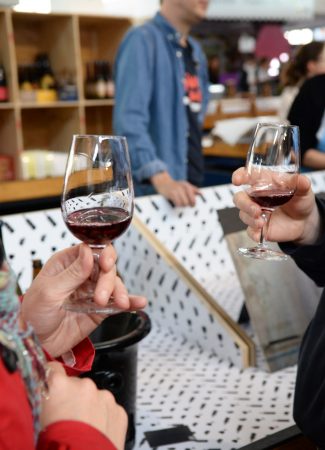 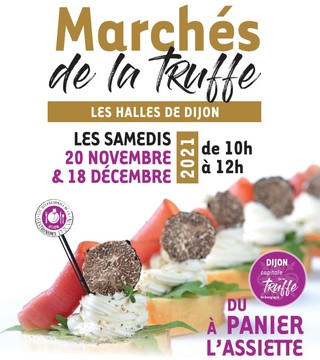 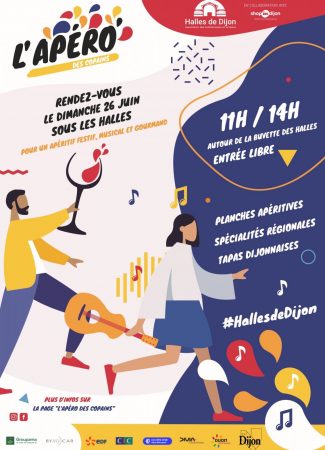 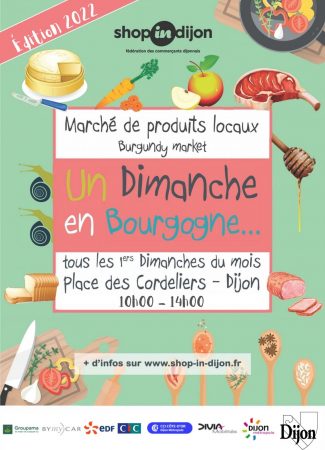 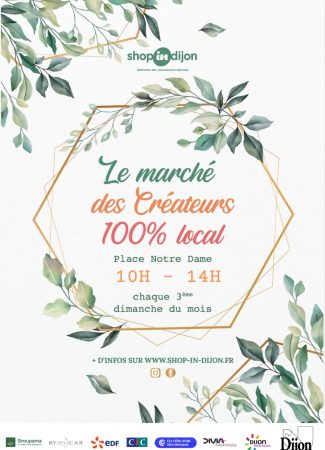