Climates of Burgundy recognised by UNESCO

On Saturday 4 July 2015, during its 39th session in Bonn, Germany, the World Heritage Committee inscribed the Climates of the Burgundy vineyard on the UNESCO World Heritage List.

The work of man and nature

The particularity of the Burgundy vineyard, which has developed over a period of 2,000 years, is that it produces wines whose quality lies in a constantly sought link to their location (the Climate) and time (the vintage).

The most shining example of this sought-after link can be found all along the Côte de Nuits and Côte de Beaune hillsides that stretch for 60 kilometres between Dijon and Santenay. Here, the Climates are joined together, like the pieces of a huge puzzle, to form a patchwork of exceptional growths bearing some of the most famous names. Each Climate tells its own story, with a name and a flavour that rank it among the array of appellations. This long, slow construction is the combined result of the ingenuity of winegrowers and the uniqueness of the natural environment.

The Climates of the Burgundy vineyard are associated with the towns of Dijon and Beaune, historically the political, economic and cultural capitals. They represent a unique living conservatory of savoir-faire and tradition. Built up over centuries, the Climates have bestowed an exceptional heritage upon this remarkable landscape, both in the vineyard itself and in the architecture of the towns and villages.

A winegrowing model in dialogue with the rest of the world

While the candidature of the Burgundy Climates for the UNESCO World Heritage list was driven largely by strong local support, it is an item of much wider interest that goes way beyond the region’s boundaries. It crosses borders and becomes the basis of intercultural dialogue with other growers who have a terroir to defend. Be they Columbian coffee-growers, tea-growers in China or the saffron farmers of India, their production has a common characteristic, a link with ancestry, history and savoir-faire. This is one of the observations made in February 2015 during rich discussions on the terroir-based economy.

UNESCO’s recognition of the Burgundy terroir model shows how important these highly diverse agri-cultural activities are to humanity. Their power lies in the fact that they provide a response to the threat of globalised markets and the resulting standardisation of taste.

A historic event for Burgundy

The inscribing of the Burgundy Climates as World Heritage marked the beginning of a new chapter in their history. It guaranteed the site would be conserved and passed down to future generations, as did the creation of the AOC system in 1936.
The event also opened up new horizons by encouraging new awareness and understanding of the Climates and their history. Some ambitious local projects are already underway, such as the imminent opening of the Burgundy Wine Centre in Beaune, and the Gastronomy Centre in Dijon.

You don’t need a car to visit the climates of the Burgundy vineyard!
Find train, bus and tram passes as well as other great ideas on the Mobigo website…

Find out more about the Burgundy Climates 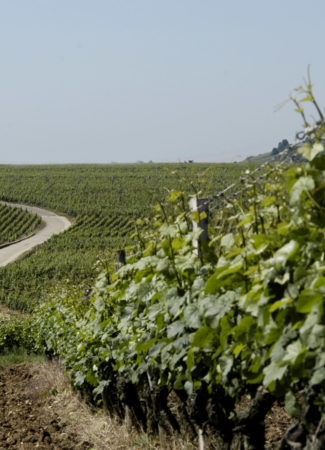