Dijon, the capital of the great region of Bourgogne-Franche-Comté in the eastern central part of France, is the ultimate cultural destination. As an officially recognised “Ville d’art et d’histoire”, this “city of art and history” boasts a vast protected area covering 97 hectares.
That area is now on the UNESCO World Heritage list with the Climates of Burgundy’s vineyard.

Strolling in the historical centre of Dijon

Dijon offers visitors an entirely vehicle-free town centre. The half-timbered houses, the Romanesque and Gothic churches and the 17th- and 18th-century private mansions majestically highlight the Medieval streets of the former capital of the Dukes of Burgundy.

To be sure you cover the best of the city’s built heritage, opt for the “Discovery of Dijon” tour in the company of a Tourist Office guide. Alternatively, follow the owl signs dotted along the little cobbled streets of the protected district. From Place Darcy, they will lead you to the original owl perched on the buttress of Notre-Dame church. Legend has it that, if you stroke it with your left hand, the owl will make your wishes come true!

Palace of the Dukes of Burgundy

Located right in the heart of the city, the Palace of the Dukes and Estates of Burgundy is still the most iconic of Dijon’s monuments. Its central part is occupied by the city council and dominated by the Tower of Philip the Good. This 15th-century look-out post offers a panoramic view from a height of 46 metres above the city of a hundred bell towers.

The Beaux-Arts Museum has occupied the eastern wing of the palace since 1799. It has been entirely restored and its 50 rooms display a collection of 1500 works of art. This museum boasts one of the richest collections to be found in France.

The international gastronomy and wine centre

As a food and wine capital, Dijon is famous for its culinary specialities which include mustard, snails, crème de cassis, chocolate, and gingerbread… Located in the heart of the town, the “Cité internationale de la gastronomie et du vin” (international food and wine centre) offers an exhibition area of 1700 m² devoted to French gastronomy and wines from the world over.

With five Michelin-starred restaurants, a lively indoor market in the city centre and an international food fair, Dijon really is a gourmet city. The historical centre is a classified “international tourism zone” where the core of 1200 boutiques stays open seven days a week. Does that not make it the perfect shopping venue in the Dijon metropolis? 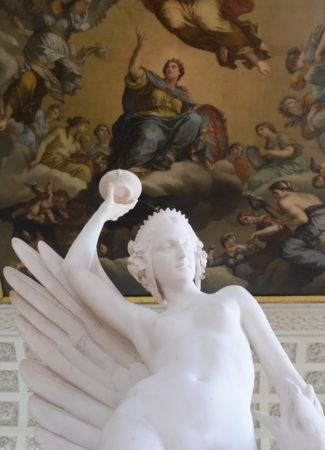