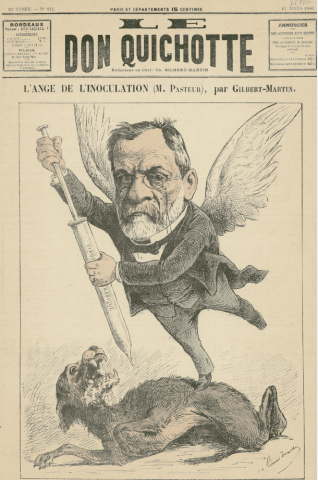 From scientist to researcher, how has the scientific figure evolved since the 19th century? Before the caricatures of Louis Pasteur that appeared in the press, the scientist appeared in literature and then in science fiction. Experimenting with the limits of human life, he becomes a cursed being in Faust, Frankenstein or Dr. Jeckyll and Mr. Hyde. With biopics and contemporary popular culture, his face changes and he becomes more human, sometimes even embodying humour. But what about real researchers today? How do they perceive themselves? And what role do they play? This exhibition invites you to discover the different faces of scientists.

Free admission
Exhibition hosted as part of the bicentenary of Louis Pasteur and the Arts&Sciences month
programmed by the Pôle Culture de l'Université de Bourgogne.