Admiring the city at nightfall

Home Moments to experience Admiring the city at nightfall

Why not visit Dijon by night and enjoy the tranquillity of a moonlit evening? The atmosphere of the city changes at night to offer a hint of secrecy, a far cry from the hustle and bustle of the daytime.

On a Tuesday evening in July, we met Laurence at 9.30 pm outside the tourist office for a guided night tour of the old part of Dijon.

The tour began with an introduction to the city’s history. Created in Roman times under the name of Divio Magnus, Dijon grew under the dynasty of the four dukes of the House of Valois who reigned in succession over Burgundy during the Middle Ages.

We then walked through the pedestrian streets of the protected sector, our footsteps guided by the glimmer of the street lamps. At night, the contours of the buildings are softened by the lighting which brings out the beauty of the facades of the private mansions.

The gargoyles watch over the shadows of the night

We stopped in front of Notre-Dame church to appreciate its full majesty under the night lighting. The facade is a blend of Roman and Gothic architecture featuring fifty five gargoyles which appeared to be staring at us from the night shadows. Our guide explained their apotropaic purpose, to ward off evil.

At the top of the church, the clock features four metallic automated figures. At 10 pm, we watched the Jacquemart automaton and his wife, Jacqueline, strike the hour on the big bell of the church tower. We continued our visit by taking Rue de la Chouette around the church. That’s where we found the famous bird that brings good luck. Discreetly, we stroked it and made our wish.

We stopped to admire the rich decor of the Vogüé private mansion. The Burgundy stone, burning from the scorching heat of summer, offers varying hues of pink, beige and golden yellow. As we slowly proceeded to Rue Verrerie, we were overtaken by a group of about ten visitors on segways. The boutiques in the antiques quarter have closed down but there were still many people strolling on the streets after their meal at one of the restaurants. 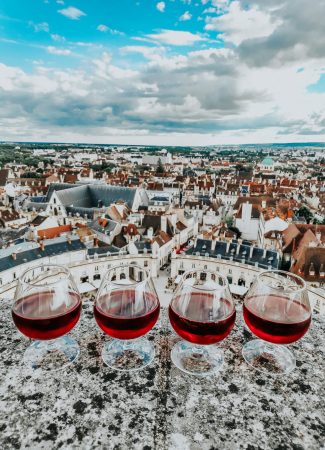 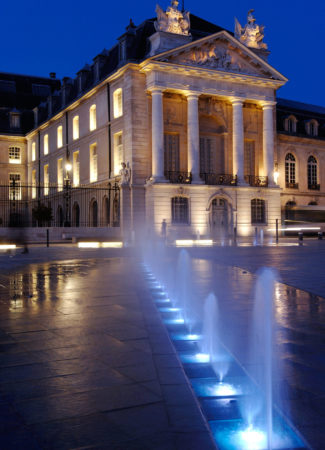 Admiring the city at nightfall 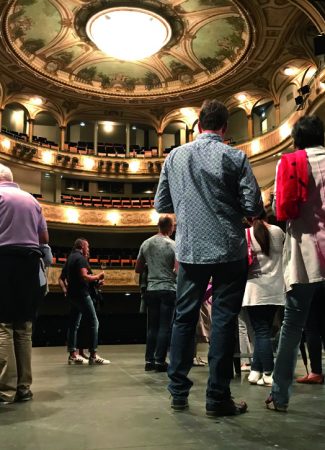 A tasting session full of surprises in an unusual setting